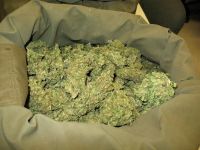 Who abuses marijuana? There is no specific type of person who abuses marijuana. More than 83 million Americans (37 percent) age 12 and older have tried marijuana at least once, according to the 2001 National Household Survey on Drug Abuse (NHSDA). Marijuana has maintained its popularity for decades as the number one illicit drug in America. This drug is often considered safe, and is thought to be a gateway drug because of the perception by many of its users that it is mostly harmless. A gateway drug means that it usually opens the door for abusers to try other more powerful drugs in order to achieve an euphoric high. However, marijuana is a mind altering substance and it does have very real and lasting effects on the body.

Although its use is declining overall, marijuana has retained its popularity through the decades. Marijuana is so popular (39.8 percent of the U.S. population has tried marijuana at least once) in part because it is regarded as a relatively safe drug. However, efforts to educate youth about marijuana substance abuse may be contributing to its slight decline.

It is worth noting that marijuana use is trending down in this segment of the population. Last year college student use was down from 33.3 percent in 2005. And young adults as a whole (this number includes college students) report a drop from 28.2 percent last year use to 27.7 percent.