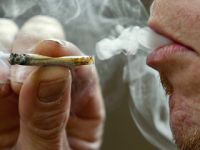 However, recent discoveries about the workings of THC receptors have raised the possibility that scientists may eventually develop a medication that will block THC's intoxicating effects. Such a medication might be used in treatment for marijuana abuse to prevent relapse by reducing or eliminating its appeal. It is important to keep in mind that utilizing one drug (even if it is prescribed to you) to prevent abuse of another is simply switching addictions. True recovery means learning how to handle day to day life without turning to substances (legal or illegal).

Treatment for marijuana abuse is vital for ones long term survival. Marijuana use impairs a person's ability to form memories, recall events, and shift attention from one thing to another. THC also disrupts coordination and balance by binding to receptors in the cerebellum and basal ganglia, parts of the brain that regulate balance, posture, coordination of movement, and reaction time. Through its effects on the brain and body, marijuana intoxication can cause accidents. Studies show that approximately 6 to 11 percent of fatal accident victims test positive for THC. In many of these cases, alcohol is detected as well.

In a study conducted by the National Highway Traffic Safety Administration, a moderate dose of marijuana alone was shown to impair driving performance. However, the effects of even a low dose of marijuana combined with alcohol were markedly greater than for either drug alone. Driving indices measured included reaction time, visual search frequency (driver checking side streets), and the ability to perceive and/or respond to changes in the relative velocity of other vehicles.

The first step in treatment for marijuana abuse is detoxification (detox). During marijuana detox, the individual will stop smoking pot while in the care of treatment professionals. These professionals are present because the withdrawal symptoms from marijuana use are actually quite strong and often include: headaches, irritability, mood swings, loss of appetite, depression, anxiety, and nausea. Generally speaking, the individual will go through these withdrawal symptoms for several days during the detox process. None of the symptoms are life-threatening on their own, but they can often lead to relapses and breaking away from their treatment for marijuana abuse.