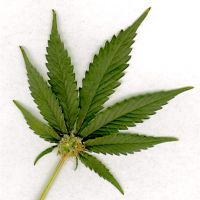 Long term marijuana abuse is extremely harmful to the users health. Drugs, such as marijuana, which are ingested by smoking tend to result in increased lung problems as well as mouth and throat cancers. Long term marijuana abuse has also been known to interfere with motor control and is a factor in many automobile accidents. Users of marijuana and hallucinogenic drugs may experience flashbacks or unwanted recurrences of the drug's effects weeks or months after use. Additionally, abrupt abstinence of marijuana after long term use may result in uncomfortable withdrawal symptoms such as headaches, irritability, mood swings, loss of appetite, depression, anxiety, and nausea.

Researchers studying heavy marijuana users (four or more joints per week) in Greece found that frequent marijuana users performed worse than non-users on test of cognitive abilities. Those who had a history of long term marijuana abuse and smoked for more than 10 years had more problems with their thinking abilities than those who had used for five to 10 years.

"We found that the longer people used marijuana, the more deterioration they had in these cognitive abilities, especially in the ability to learn and remember new information," said study author Lambros Messinis, PhD, of the Department of Neurology of the University Hospital of Patras in Patras, Greece.

"In several areas, their abilities were significant enough to be considered impaired, with more impairment in those who had long term marijuana abuse problems than the shorter-term users."

The study involved people ages 17 to 49 in a drug abuse treatment program in Athens, Greece. Twenty were long-term users, 20 shorter-term users, and 24 control subjects who had used marijuana at least once, but not more than 20 times and not in the past two years.

Those who had used any other drugs, such as cocaine or stimulants, during the past year or for more than three months throughout their lives were not included in the study. Before the tests were performed, all participants had to abstain from marijuana for at least 24 hours, according to a news release. Source: The study was published in the March 14, 2006, issue of Neurology, the scientific journal of the American Academy of Neurology.