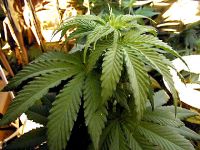 Marijuana abuse statistics show that without a doubt, marijuana is the most popular illicit drug abused in America. It has retained its popularity through decades, although recent surveys show that its use is declining overall.

Marijuana abuse statistics point out that this drug has been used as a medicine, as a part of religious ceremonies, and even as a fiber for making clothing, rope, and paper for many thousands of years. It has also been used recreationally in many cultures, both ancient and modern. Still, its effects on the brain and body are not yet completely understood. Scientists differ on how to classify the drug. They argue if it is a hallucinogen like LSD (lysergic acid diethylamide), a narcotic like opium, or does it belong in a class by itself?

Marijuana is so popular (39.8 percent of the U.S. population has tried marijuana at least once) in part because it is regarded as a relatively "safe" drug. However, efforts to educate youth about marijuana abuse may be contributing to its slight decline.

Marijuana abuse statistics note that marijuana use is trending down in this segment of the population. Last year college student use was down from 33.3 percent in 2005. Young adults as a whole (this number includes college students) report a drop from 28.2 percent last year use to 27.7 percent.

Like marijuana use among college students and young adults, marijuana abuse statistics have found that marijuana use is dropping overall with high school students. Here are some of the numbers, according to the Monitoring the Future survey: