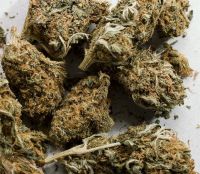 How Many People Abuse Marijuana

How many people abuse marijuana? A recent government survey tells us:

Over 12 million Americans had used the drug in the month before the survey.

The Monitoring the Future Survey on How Many People Abuse Marijuana, which is conducted yearly, includes students from 8th, 10th, and 12th grades. In 2001, the survey showed that 20 percent of 8th-graders have tried marijuana at least once, and by 10th grade, 20 percent are users (that is, used within the past month). Among 12th-graders, nearly 50 percent have tried marijuana/hash at least once, and about 22 percent were current users. Other researchers have found that use of marijuana and other drugs usually peaks in the late teens and early twenties, then declines in later years.

How many people abuse marijuana around the world?

The global number of people who have abused marijuana at least once in 2007 is estimated to be between 143 and 190 million persons. The highest levels of marijuana abuse are in North America and Western Europe. However, the good news is there are signs from recent studies that the levels of use are declining in developed countries, particularly among young people.

Does marijuana abuse lead to addiction?

Not everyone who uses marijuana becomes addicted. When an user begins to seek out and take the drug compulsively, that person is said to be dependent on the drug or addicted to it. In 1999, over 220,000 people entering drug treatment programs reported marijuana as their primary drug of abuse, showing they needed help to stop using.

Some heavy users of marijuana show signs of dependence because when they do not use the drug, they develop withdrawal symptoms. Some subjects in an experiment on marijuana withdrawal had symptoms, such as restlessness, loss of appetite, trouble sleeping, weight loss, and shaky hands.